I. Explanation of the MAC (Media Access Control) address phenomenon. Are vaccinated people hacked and controlled? Skynet? by Mik Anderson (May 11, 2022) 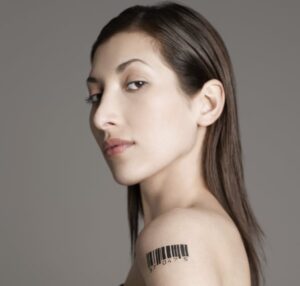 This summarizing document by Mik Anderson is very helpful in explaining the many different aspects of nano-networks and how the transhumanizing and nano-robotizing objectives are being achieved, without humanity’s consent, and like Celeste Solum’s articles, offer a heads-up and warning intelligence to all that we need to get informed, stay informed, and begin speaking openly against such rampant biological takeover by megalomaniacs:

Re-posting a document posted online by Mik Anderson, the scientific researcher at Corona2Inspect, who has been comparing the data found in extant scientific literature with the images and video of vibrating quantum dots, carbon nanotubes, flouroscent nanoribbons, capsids, and other findings in the vaccines by different researchers, particularly by Dr. Pablo Campra, and finding evidence of nano-robotics: self-assembling nano-routers, nano-sensors, plasmonic antennas, and nano-circuits related to the possible building of nano-networks in the human body to overlay and displace human neural networks, permitting remote-access neurostimulation, neuromodulation, and neurocontrol: the grotesque dream of the Transhumanists seeking to hybridize humans via bioengineering, nano-robotics, and synthetic biology into digitized beings linkable in an Internet of Bio Nano Things and Internet of Things, for eventual linkage to a AI-run Global Brain Net and Internet of Bodies.

This is an ongoing process of investigation and discovery which will be more extensively addressed by this writer shortly–earlier addressed here in Red Alert!

La Quinta Columna has been addressing these discoveries in various videos lately, including this one on Dec 22, 2021: La Quinta Columna: The Origin of COVID-19 and the Final Objective concluding that graphene in vaccines (both COVID vaccines and in previously-administered flu, meningitis, and other vaccines) giving rise to self-assembling nano-networks, and the thrombi induced by this foreign invasion leads to the symptoms wrongfully being attributed to COVID, a hypothesis they have earlier discussed.

Found evidence that would confirm the theory of nano-networks centered in the human body: nano-rectenas/Corona2Inspect/December 16, 2021