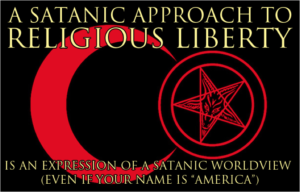 “NSA’s “The Program” is the Master’s Whip of the Global Elite, used to keep the unwashed masses in line. It has efficiently and effectively stifled out all dissent, all free speech in America and in the NATO countries. What it has left instead of Freedom and Democracy is Satanism…… Over the past 20-30 years, there have been countless hard kill and soft kill casualties.”

The NSA Organized Harassment Program, aka The Program was and is engineered to make its victims appear to be Paranoid Schizophrenic, muttering about “Shadow Government”. If you are a targeted writer, as many as 12 people a day put the cup of their hand over their mouth here in America, the universal symbolism which means, “shut up, stop writing, you have no ‘free speech’ here in Nazi America. The NSA Neighborhood Watch Program will get you and punish you for thought crime!

Beginning in 2010, the Alternative Media and then the Mainstream Media began publishing articles about President Barrack Obama’s kill list (disposition matrix). But were these articles accurate and truthful? Is it not much more likely that post 9/11, George W. Bush and Barrack H. Obama both had a domestic kill list (their enemies disposition matrix)?

Still another MK Ultra clone is Jared Loughner of Tucson, Arizona shooter infamy. It is more than possible that all or most of the Obama-era mass shooters are MK Ultra cannon fodder. Jared Loughner is one more example of the recent advent of force-feeding drugs to jail and prison inmates, particularly MK Ultra-mass shooters.

The Bush/Obama kill-lists, aka disposition matrixes, aka MK Ultra-lists have even found a few celebrity victims, like Joni Mitchell and Kanye West.

Joni Mitchell has Morgellons Disease, a sure-fire sign of being a Targeted Individual targeted by the Israeli Mossad. Based on her politics, it is not surprising that Ms. Mitchell was infected with an Israeli, man-made disease.

Is the National Security Agency, circa 2017, “executing” George W. Bush/Barrack Obama (AUMF Enemy Combatant) death warrants? Does Donald Trump have a domestic kill list? Does the NSA keep its own, independent foreign and domestic kill list? The answer is probably all of the above…

The NSA obfuscates, confuses and misinforms by publishing numerous “grain of truth” articles about The Program (keywords: Gangstalking, Cause Stalking, Cellphone Stalking or Vendetta Stalking). The NSA uses the controversy surrounding “DEW, Directed Energy Weapons” to sow division amongst the masses.

The NSA “Softkill” programs, aka “The Program” also has a plethora of online truth and disinformation (keywords: Organized Harassment Targeted Individuals). Many or most articles are either NSA-authored disinformation or inadvertently misleading.

· A coupe has taken place; America (and all of NATO, e.g. the entire planet) is under the control of the National Security Agency.

· Over the past 20-30 years, there have been countless hard kill and soft kill casualties.

· The NSA-published Propaganda has itself listed as “god” and the NSA’s enemies (imagined enemies) listed as “hopeless and helpless”.

The worldwide number of NSA “gangstalkers” is unknown, but a rough estimate of all the “Surveillance Role Players” in all of the NATO countries exceeds 18 million. These are not salaried NSA The Program employees; rather these are unpaid interns, aka coward, sociopath cyber-bullies who appear to have no heart and no mercy.

Targeted Individuals of Organized Harassment do not benefit from contacting Congress, the Department of Justice, nor the FBI; all agencies are complicit in The Program.

A disproportionately large percentage of NSA gangstalkers are Jews. Ironically, those who “will never forget” are extremely adept at torture, Morgellons infections (it is rumored that Morgellons was bio-engineered by Israel) and corpseless murder. The Israeli Mossad are compiling lists of American Christians, lists of NATO-country Christians slated for death by the NSA’s The Program (genocide).

The Mainstream Media are co-conspirators to The Program. Their job is to keep the silence.

It might look like the deck is staked totally in the NSA’s favor, according to the laws of man; no Nuremberg-style trials, no public lynchings and no life imprisonment for the murders and psychotronic warfare forced suicides. But there is the law of God.

If you are a Targeted Individual, whenever you can, say the single, simple word “Repent!” to your torturers. They cannot repent; the NSA will not allow them to. Likewise, the entire NSA, indeed, the entire U.S. Government, cannot repent. If you are a T.I., forgive your oppressors (unlike the NSA, which is incapable of forgiving its millions of imaginary “enemies”). For the sake of survival, for the sake of your own immortal soul, forgive the NSA’s cruel, sadistic, sociopathic architects, engineers and cannon-fodder sycophants.

Perhaps it is blasphemous, to presume the mind of God; but on the other hand, if you were God, would you forgive The Program? Countless corpseless murders, decades of human torture, a plethora of Morgellons infections? Each of the criminals, one-by-one, will answer to God. It does not matter to at all what anyone believes, it only matters what God believes.

The NSA The Program is the Master’s Whip of the Global Elite, used to keep the unwashed masses in line. It has efficiently and effectively stifled out all dissent, all free speech in America and in the NATO countries. What it has left in stead of Freedom and Democracy is Satanism.

Donald Trump summed up the situation succinctly, “This is the largest witch-hunt in World history…”

From Dr. Piotr Bein, “The only son of my Polish friend in Germany has killed himself with a long knife thru the heart. First time I hear about this suicide mode. Suspect remote-psycho control, as the family has been persecuted and has received threats of the children’s death. I documented it on my blog and intend to write the German police about it”. This is classic NSA Surveillance Role Player forced psychotronic suicide.

The Chinese and Russian Intelligence Services are watching the NSA sink a dagger into America’s (NATO’s) underbelly, Japanese Seppuku-style.

olivebiodiesel.com/NSAHumanTortureMorgellonsInfectionsForcedSuicidesCorpseless…
Sep 11, 2017 – The NSA Organized Harassment Program, aka The Program was and is engineered to make its victims appear to be Paranoid Schizophrenic.
FBI NSA LEIU (Law Enforcement Intelligence Unit) Homeland Security …

olivebiodiesel.com/ObamaFukushimaPlumegate2/obamafukushimaplumegate.html
The worst man-made disaster in history is responded to with EPA lies, Lamestream News lies, shutting off of US and Canadian Radiation Fallout monitors and …
Tepco Fukushima Daiichi Plumegate 3 (May 2017 News and …

www.olivebiodiesel.com/altnews/12172014.html
Dec 20, 2014 – Some of the main purposes of this article are to bust some of the myths and disnfo about Chabad Lubovitch/Meir Kahane Militant Radicalized …

olivebiodiesel.com/altnews/11062013.html
Nov 6, 2013 – P I am so proud of all of you… (tongue in cheek). But, who would Hitler be proudest of today, America, Israel or both? Methinks the Bush’s …
More On United States Cognitive Dissonance Disease

www.olivebiodiesel.com/Americas-Green-Anti-Revolution.html
Huffington Post’s Lucia Graves lucia@huffingtonpost.com quote: “The corn has been genetically engineered to be immune to 2,4-D, an ingredient used in Agent …

US Pyrrhic Victory War On Terror aka War on Islam – Remember …

olivebiodiesel.com/PyrrhicVictory.htm
US Pyrrhic Victory War On Terror aka War on Islam – Remember, Chemical-Radiologically-Poisoned Foods, Beveragesand Rainfall Is Terror, Too… 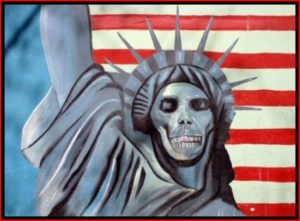