(INTELLIHUB) — COINTELPRO or “Counter-Intelligence Program,” was an illegal operation run by the FBI against American citizens in the 1960’s and 1970’s. It was revealed by the Church Committee in the 1970’s and the FBI was ordered to shelve the program.

In actuality, the FBI re-named the program, gave it additional veneers of security classification(s), and it still continues today, albeit with the assistance of advanced technology and the cooperation of the NSA and DHS.

The goal of today’s COINTELPRO is in part based on what are referred to as the 5 D’s by the United Kingdom’s General Communications Headquarters (GCHQ). The 5 D’s are Deny, Deceive, Disrupt, Degrade, and inevitably Destroy the target.

Well who are the targets one might logically ask next?

If one looks at potential threats through the eyes of the federal government, they will soon discover that NRA members, returning veterans, activists, whistle-blowers, watch-dog bloggers, and investigative journalists are lumped in with the likes of al Qaeda and ISIS operatives. In many cases these “domestic threats” are considered to be more of a risk than actual terrorists.

Why one may ask?

Well, because there are tens of thousands more innocent Americans than there are real terrorists, it keeps federal budgets plump and fluffy, whilst simultaneously allowing for asset seizure under (false) premises. Additionally, it appears as though Americans with a strong moral compass are a threat to the status quo, to the corrupt power structure.

So what is one of the FBI’s primary operational tools to Deny, Deceive, Disrupt, Degrade, and inevitably Destroy the targeted individual?

What I refer to as “Project Pedophile.”

The FBI, patterning their operations in part after the East German Stasi’s Zersetzung operations and GCHQ’s 5D strategy spend hundreds of millions of dollars going after soft targets – innocent Americans, who were never involved in any criminal activity. The FBI uses a 5D/Zersetzung combinatory strategy in order to isolate, potentially radicalize and/or destroy the targeted individual.

In street parlance this is referred to as “Gang Stalking” since civilian hirees are often utilized for this sadistic and cruel work.

What better way to isolate an individual than accuse him or her of violent crimes of moral turpitude against helpless people – such as children. The FBI’s favorite 5D/Zersetzung Soft Kill tactic is to label the targeted individual as a pedophile, rapist or sexual deviant to his or her friends, family, colleagues and co-workers.

That is all that is necessary. Let’s face it. If someone from law enforcement (whom we should be able to trust) approached you or I with a bona fide charge that one of our friends or family members was a pedophile, how would we react? I know that I would avoid the individual at all costs. That serves to immediately isolate the targeted individual.

The FBI and DHS have two sets of records (at least). They maintain an internal grouping of records with the individuals’ actual personal and biographical information, medical history, financial and academic records, etc. These are reviewed by the FBI’s in-house psychologists and are utilized as part of their Psychological Operations (PSYOPS) targeting protocol. The “higher” level the target, the more individuals, man-hours, harassment and isolation they are set up for.

But then the FBI also have the false records with fabricated criminal backgrounds which they have so diligently worked to create for the targets of their 5D/Zersetzung operations – a.k.a. COINTEL Program.

The bogus records and false information are relayed to state, county and local law enforcement agencies, in addition to foreign governments, should the targeted individual travel. The FBI will also infuse the bogus criminal records with factual data-bytes from the individuals’ personal history in order to “build” a more “convincing” and “realistic” case against their targets.

“Susie Subversive, a passive Greenpeace activist volunteers at an animal shelter on weekends and wants to become a veterinarian.” This translates to “Susie Subversive has an unnatural attraction to large canines, is involved in bestiality and trolls websites depicting abnormal human-animal interactions in her spare time.”

I refer to this as “creating the narrative.” The disinformation created by the FBI and fed to the targeted individuals’ contacts is tailored to the information recipients, and in many cases is based on some factual aspects regarding the target’s actual lifestyle in order to make the false background more believable. “Tommy Target” was an altar boy at a church where a priest was defrocked for inappropriate activity with young males and “Susie Subversive” does indeed spend a lot of time with animals.

Like disinformation will also be relayed to all of the commercial locations the target frequents in order to compel his/her contacts at those locations to “cooperate with the authorities in keeping the community safe.”

But what about witnesses and testimony? The FBI will access court records and speak to family members under the guise of an “official investigation.” Your ex-wife wasn’t happy with her divorce settlement, or maybe your ex-partner has an axe to grind over a failed business two decades ago. The FBI doesn’t care. Those people are approached, coerced, cajoled and compensated in order to give “evidence” and “testimony” which lends credence to, and neatly collaborates with the false narrative the FBI has created for the targeted individual.

Ready for the kicker? This fabricated criminal background is what gets passed around to non-federal law enforcement agencies through regional data fusion centers, and to foreign governments if one travels. And yes, the FBI will also makes sure that the bogus information is also fused with your passport and travel records held by the Department of State.

Oh but the FBI is not done yet. They will create bogus social networking accounts, such as Facebook, in the targeted individual’s name, post his or her picture, link them to old friends and then friend him or her with young children or German Sheperds in the case of Susie Subversive. This occurs after the Facebook account has been directly linked to, and verified through the target’s email account – which they also hacked. In turn, the bogus social networking account(s) will be paraded to neighbors, family, colleagues and at commercial locations the targeted individual frequents, by the FBI, DHS and their civilian entourage.

The FBI’s DITU (Data Interception Technology Unit), and the NSA may work together on these targeting and harassment protocols, especially since the NSA’s TAO (Tailored Access Operations) has better ability to scoop up all of a targeted individual’s communications than the FBI. U.S. Cyber-command, based at Fort Meade along with the NSA, may also be involved in this activity targeting innocent Americans

If one goes on-line and reads blog entries, watches YouTube videos or reviews past allegations against individuals who are considered politically outspoken, one of the most common threads in all of their stories are that they are either accused of pedophilia, child pornography or mental instability. The mental health accusations were a tactic used by Stalin in Soviet Russia, who institutionalized anyone he considered to be a threat.

The movie “Kill the Messenger,” which describes how journalist Gary Webb became a targeted individual provides for a peek behind the curtain into the FBI’s “Project Pedophile” operation. While another agency was involved in Webb’s targeting, the FBI’s 5d/Zersetzung combinatory strategy is accurately depicted in this movie.

I believe that there are decent FBI, DHS and NSA employees who really are focused on protecting the general population and who want no part of the FBI’s extra-judicial COINTEL Program.

Many of these employees are not on a need-to-know basis, and secondly since these ops are so illegal and unconstitutional, they are compartmentalized. Thirdly, if any of those belonging to the honest cadre of federal employees were to step forward, they too would become targets themselves, and would be thrust into the media limelight while their respective agencies trumpeted buzzwords and catch-phrases such as “pedophile, sexual deviant” and of course “mentally unstable.”

I am always careful to emphasize that most state and local law enforcement personnel are decent people and deserve our respect. It is not their fault that the FBI, in conjunction with the NSA and DHS, are filling regional data fusion center databases and networks with terabytes of disinformation.

Look at it this way: the FBI is abusing its power and is engaged in outrageous government conduct and cruel and unusual punishment. They are jerking around local and state law enforcement, traumatizing the neighbors, landlords, family members, friends and colleagues of the targeted individuals, are methodically terrorizing innocent Americans, and bloating information systems vital to our national security with disinformation in order to meet their agenda, no matter how immoral and treasonous it might be.

The author of this article, who prefers to use the nom de plume “XKeyscore” in order to maintain his anonymity, is a Doctoral Candidate and multiglot with two Master’s Degrees and a Baccalaureate specializing in Middle Eastern Studies. He holds one Master’s Degree specializing in Intelligence and Counter-intelligence operations, and a second Master’s Degree in Security Studies. XKeyscore has studied under a United States intelligence agency analyst and now-retired, high ranking, American military officers. XKeyscore writes exclusively for Intellihub News & Politics. Read more articles by this author here. 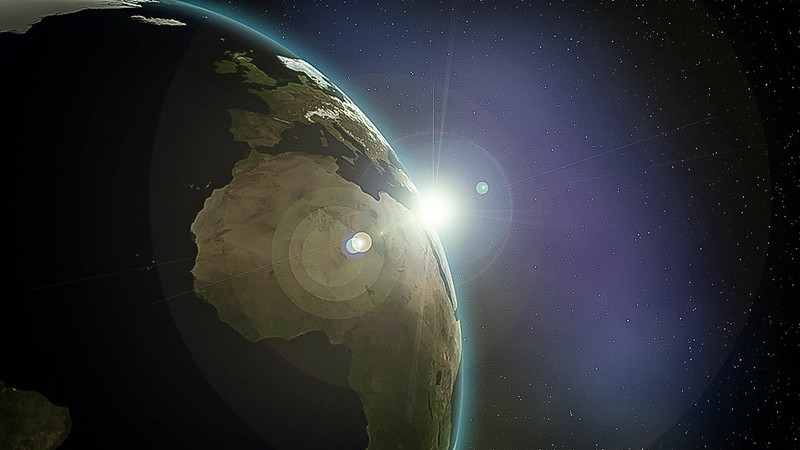 Avatar
Perfect Citizen • 3 years ago
This article does a good job of explaining why tens of thousands of innocent Americans are on Youtube or have created websites which refer to Gang Stalking. The Targeted Individuals which XKeyscore refers to appear to be victims of this COINTEL program run by the FBI. On-line resources state they ran this program in the 1960’s and 1970’s, and without any oversite, why would they have reason to stop the operation?

If the FBI, NSA and DHS are spending so much time and resources targeting innocent Americans instead of genuine threats, then who is looking out for the real bad guys? Or maybe there aren’t as many genuine threats as they tell us there are and this is their way of trying to control or destroy free-thinking members of American society.

7
•Reply•Share ›
Avatar
JO JACK Perfect Citizen • 2 years ago
That is correct Perfect, it’s fraud waste and abuse. There is no threat the only threat are ones doing this to it’s citizens. It’s all lies we are dealing with sick minds. They create the crime then come in as the savior. They love feeling like a hero

3
•Reply•Share ›
Avatar
Lexi Morgan Official Mod Perfect Citizen • 3 years ago
The powers-that-be are not going to like this. So many stories of the FBI setting up plots etc.

Delilah Lexi Morgan • 2 years ago
This is not just in the USA this is in Canada. I am from Windsor and this is happening to me right now. Is this happening to you or are you just intrigued by the topic? I’m losing my mind and making stuff up in my head that has not really happened. It’s torture some days and lately it seems as though I’m getting stronger especially when I read more about this. They never wanted me to look it up before but one day I just decided to defy them and now here I am and it feels better to know that others are going through the same thing that I am.

2
•Reply•Share ›
Avatar
private Delilah • a year ago
This is alive and well in Halifax, Nova Scotia as well. Dalhousie University places whistle blowers on the blacklist.