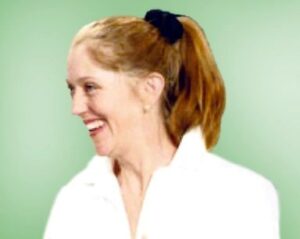 Great show with World Beyond Belief on May 1. Very helpful.

I would like to recommend a book for you for this info. It’s called “The Mind Stealers” by Samuel Chavkin. Try to get a used copy (red) because I think they are rewriting it.

It talks about how in 1970 HEW and top government leaders got together in Colorado Springs and came up with this idea for policing the population along with the Mental Health institutions, including the ability to lobotomize people and mutilate their brains and disable them.

One of the most important books I’ve read on the TI subject. I’ve been tortured to suicide and lobotomized and drained of my life. I’m 58. I cannot believe this is being done. It’s like living in a real hell – overnight. By my own government which I have tried hard to do everything right. Out of reality and out of mind, this program. Beyond all I have ever ever imagined. It is the worst psychopathy that has ever happened to humanity.

I live in Grand Junction. I’ve been to Crestone. Are you still there – or did you go to mexico? I wonder if I should leave too.

Thanks again so much.

Am now watching the youtube on the satanism, pedophilia, etc. What do you think is the connection, if any, between this system and gang stalking?

If only I could speak to more people about this.

The person who targeted me is a high level pedophile.

I think it is VERY connected! And I think someone needs to do a show on it. They use the technology to track the children! They also use it on their employees as psychic spies. And they are using it to steal intellectual property and talent sets from people. They use it on people like me who visit their homes, so they can show them how powerful they are, and then track them / spy on them for the rest of their lives. Steal all the wealth from their families, as they did mine.

I was chided over and over for being “IGNORANT”. For being “NON-ASSERTIVE”. They tell themselves this, so it relieves their guilt for what they have done. But the reality is, that they have been mind controlling people for a long long time. They LOVE IT that no one knows!

I think they do parties with children for entertainment in between the theft of billions to prop up their egos.

The technology is rampantly used by the elite!!! They are making billions of dollars with it. (Rape of Russia!) How do you think Hillary and Bill, George Bush I&II got away with everything for so long? I’m sure the Franklin scandal was repressed with it. They use it to place people around the globe, and put people in jobs. They are using it to socially engineer my town. There was a Satanist / Lucifarian group who gave the opening address to Grand Junction City Council two months ago!!

Oh, it’s very very connected. It is were this is all coming from. Michael Aquino.

In fact, the truth is our real government is the CFR. And their main arm is the CIA. All the other intel agencies are under their full control. The technology is the “Ring to Rule Them All, and in the darkness, bind them”.

Our American republic “government” that we see is the real shadow government. It is only an illusion.

How many people have they murdered in our country by now? Over 7 decades?

There is no limit to the evil these people will do. They would spray all the cities in America with biological agents to cause sickness and death, and not bat an eye. They have tremendous power, and this has been proven to themselves by their acts against the children. This is how they made themselves hard.

I could go on and on. But I’ve known this now for several years.

Dec. 11, 2017: I saw Ramola D’s youtube with Jeff Godwin yesterday. I was happy someone is finally talking about this.

They used the tech on JFK.

You cannot fight an enemy you cannot see.

I.e. Reveal the Enemy (Within).