The MOST IMPORTANT QUESTIONS!

There is no established legal protection for the human subject when researchers use Brain Machine Interface (cybernetic technology) to reverse engineer the human brain.

The progressing neuroscience using brain-machine-interface will enable those in power to push the human mind wide open for inspection.

“Do you want to work for the company who pioneered putting augmented reality dogears on teens, or the one that pioneered typing with telepathy?” You don’t haveto say anything. For Facebook, thinking might be enough.

Facebook hired Dugan last year to lead its secretive new Building 8 research lab. She had previously run Google’s Advanced Technology And Products division, and was formerly a head of DARPA.

Elon Musk and the goal of human enhancement

Brain-computer interfaces could change the way people think, soldiers fight and Alzheimer’s is treated. But are we in control of the ethical ramifications, extending the human mind …

At the World Government Summit in Dubai, Tesla and SpaceX chief executive Elon Musk said that people would need to become cyborgs to be relevant in an artificial intelligence age. He said that a “merger of biological intelligence and machine intelligence” would be necessary to ensure we stay economically valuable.

Soon afterwards, the serial entrepreneur created Neuralink, with the intention of connecting computers directly to human brains. He wants to do this using “neural lace” technology – implanting tiny electrodes into the brain for direct computing capabilities. 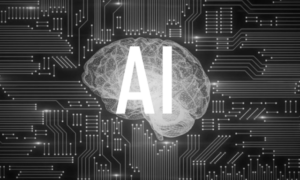 There is call for alarm. What kind of privacy safeguard is needed, computers can read your thoughts!

In recent decades areas of research involving nanotechnology, information technology, biotechnology and neuroscience have emerged, resulting in, products and services.

We are facing an era of synthetic telepathy, with brain-computer-interface and communication technology based on thoughts, not speech.

An appropriate albeit alarming question is: “Do you accept being enmeshed in a computer network and turned into a multimedia module”? authorities will be able to collect information directly from your brain, without your consent.

This kind of research in bioelectronics has been progressing for half a century.

Brain Machine Interface (Cybernetic technology) can be used to read our minds and to manipulate our sensory perception!

Man is now made whether we want it or not into a commercial biomechanical platform.How is that possible? This is due to the lack of general knowledge in the field of nanotechnology, new networking technology, artificial intelligence and machine learning.

Mathematical models and enormous computing capacity in the cloud as well as artificial intelligence make this possible.